Queen Of Pench The Legendary Collarwali

In the forest of the night

Pench tiger reserve is known to be home to the much loved character of ‘Mowgli’ from the legend of The Jungle Book. The man cub saved by a black leopard, raised by wolves, tutored by a sloth bear and hunted by a Royal Bengal Tiger. The story that has inspired movies for generations.

However today we will talk about a different legend.

During my initial days of exploration at Pench National park as a naturalist I maneuvered a group of enthusiastic tourist through the dry deciduous forest in search of the elusive Tiger. While listening to the jungle and its denizens for clues, I chanced upon another legend.

The legend of a predator, who some local storytellers narrated, was an animal as large as an Asian elephant with fur a gleaming orange and markings like black lightning bolts crashed over its body. An animal carved to be the perfect killing machine.

An apex predator which will raise the primal instincts of fear and helplessness in us and reinstate the order of the food chain. 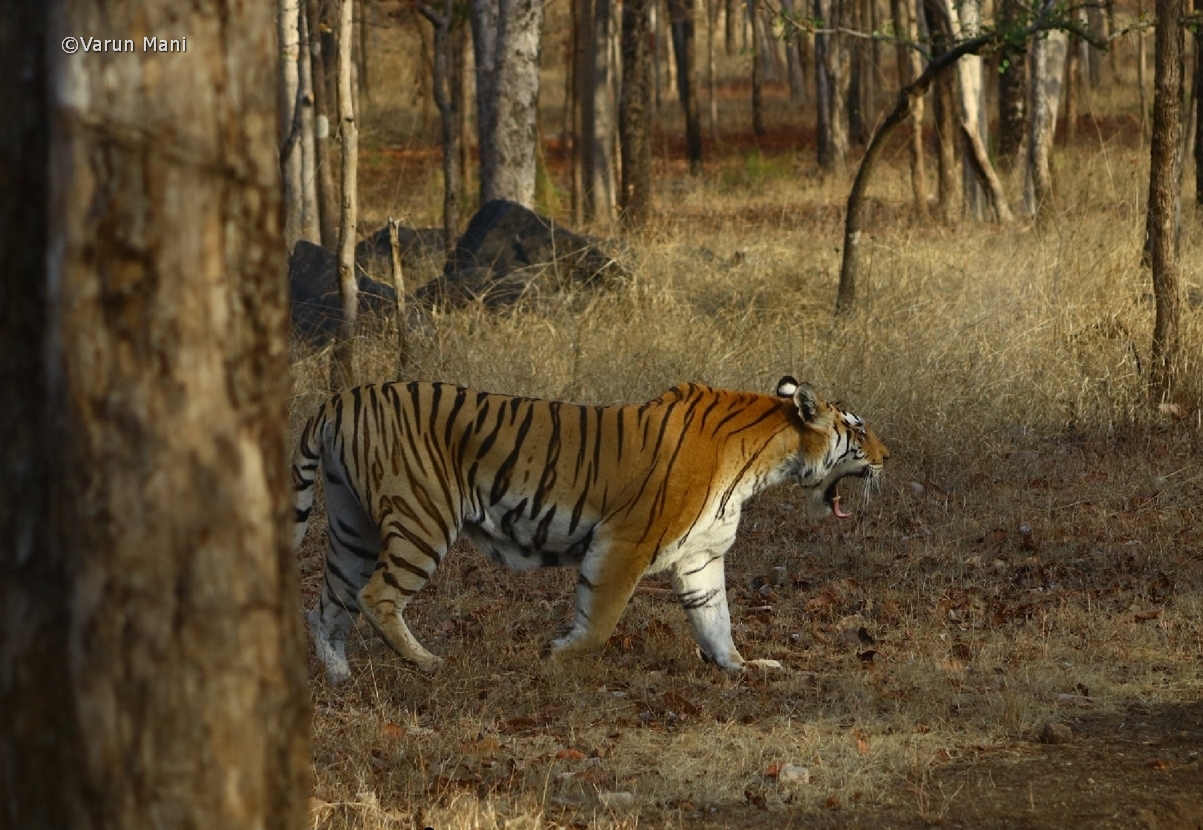 Beware!! It's a Collarwali zone in Pench

The perfect script for a creature/horror feature, what do you think?

Entertainment has conditioned us to think of animal legends within a very narrow perspective, so let us truly discover a legend today, The Queen of Pench. One of the most loved tigers in Pench National Park, “Collarwali” aka the collared one.

The Queen was playing hard to get and was evading me during my initial stint at Pench. The intrigue and wait was killing me. It is all about timing and luck in the deciduous forest of Pench National Park, the tigress schedules her chores in accordance with nobody. There were days when she would just not come out of her forest abode and other days when I would miss her by the nick of time. And to make matters worse some of the other tourist flashing their big white grins (a clear sign of astonishment and delight at the sight of tiger in the wild) would come and tell me ‘you just missed her’. Oh man! I would be so upset. But patience is the key with the jungle. A precious quality you develop at work in the forests every day.

However with the onset of summer in the month of March the forest department fills water holes which otherwise lie dry year around. These are then frequented by the Tigers to beat the scorching heat of an Indian summer.

It was an evening safari and I was accompanying a family on their first ever visit to a National Park. The glimpse of a tiger is a treat everyone wants to taste and bitter is the taste if the tiger is not spotted.

So we had a bitter taste as we had just missed a tiger that the other cars had seen and clearly the morale was low in our vehicle.

Time was running out, the final decision needed to be made and we agreed upon the strategy of parking our vehicle by the waterhole which was recently filled. This was also the territory of the legendary Collarwali. Remember even I had not yet managed to get a glimpse of her highness. 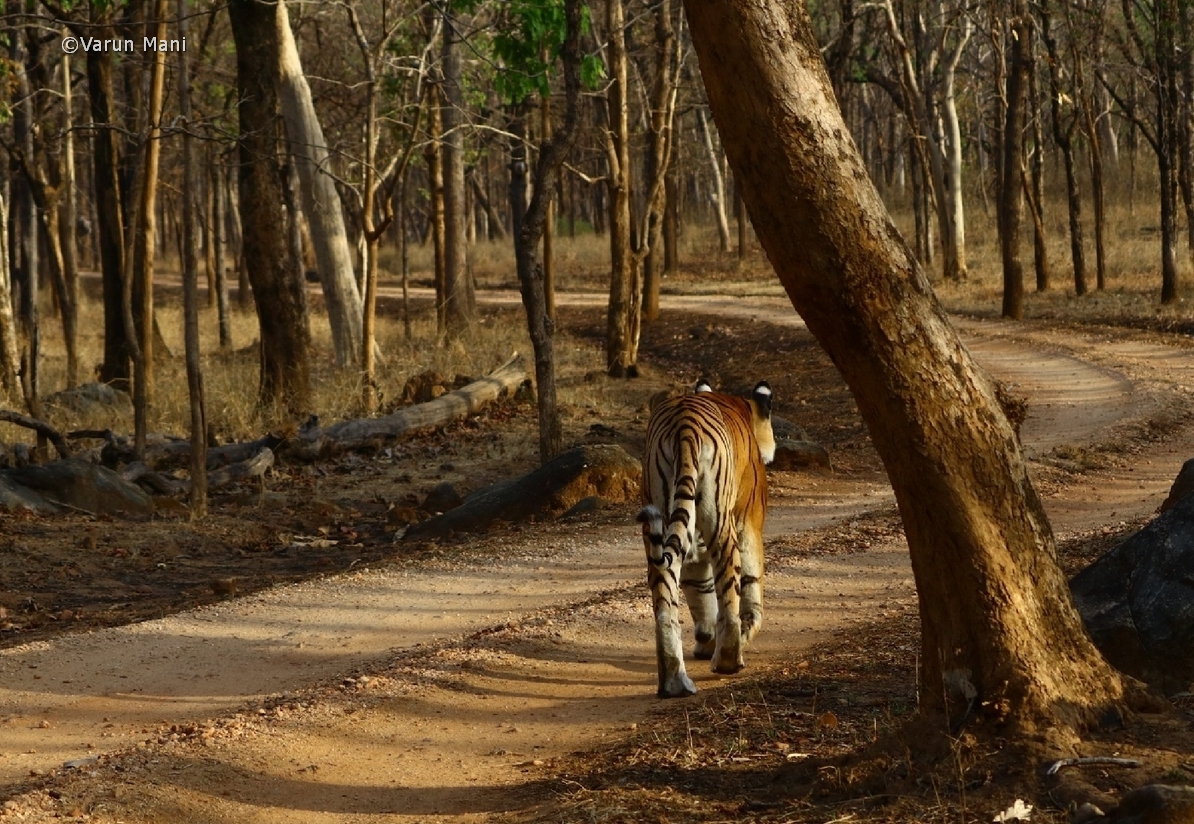 Observing a red jungle fowl flashing its brilliant red, orange and metalling green plumage and wandering about the waterhole, I was glancing at my watch and realized that we did not have a lot of time left and will have to head towards the park gate soon.

We had almost given up hope and as I was about to start my vehicle we heard the alarm call of a Sambhar deer.

The sound resonated through the jungle and there was a surge of excitement in the jeeps.

Eyes and ears corked and strained to the origin of the sound.

The tourists were up with a spring to catch a glimpse of the queen. She came, we saw, she conquered the hearts of us all.

Her walk exuded an aura of confidence and killer instincts. Like a queen, proud she walked in front of all of us without acknowledging our existence. We were in her territory, this was her turf and she knew it. 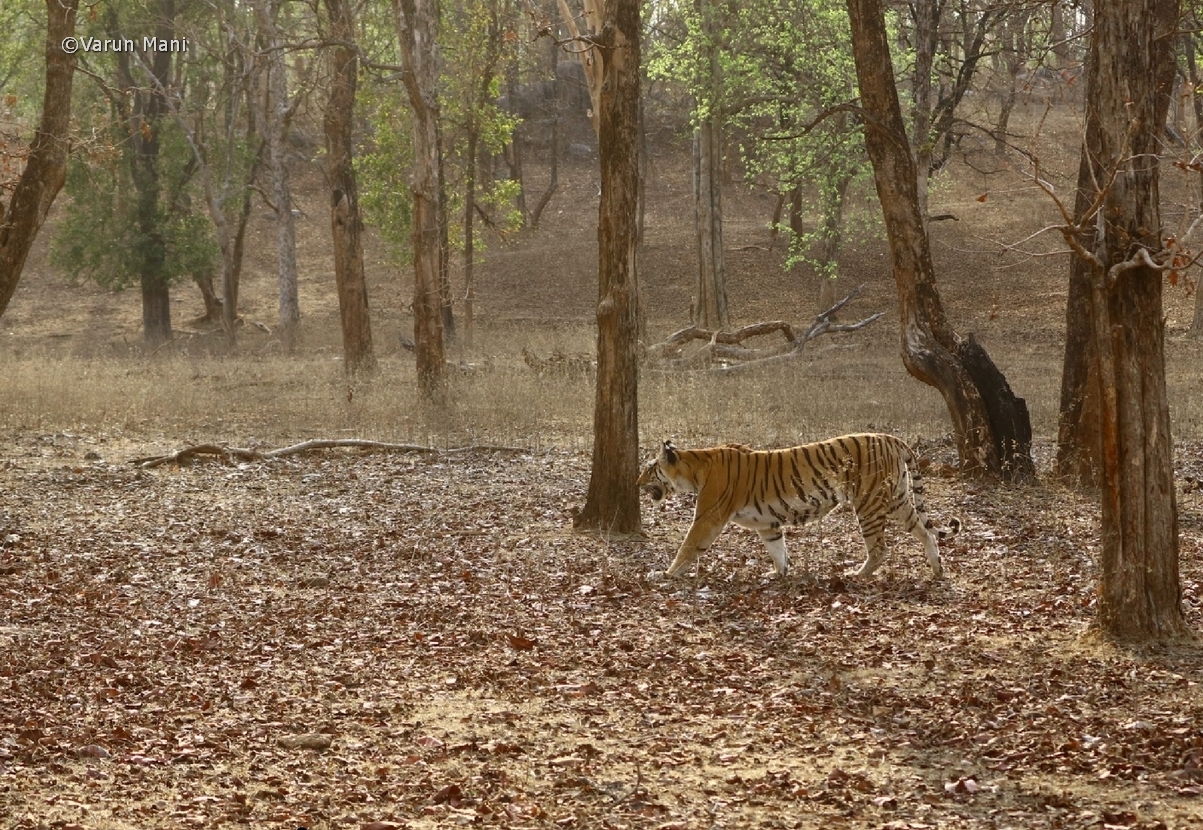 Collarwali lost her Collar in 2016

She got her name from a collar attached to her neck which was lost in 2016 and has not been replaced. (She looks prettier now without the accessory)

Born in 2005 Collarwali was part of the celebrated BBC documentary ‘Spy in the Jungle’ which documents her journey as a cub when she was part of a litter of four. A child star in her own right.

Larger than average females Collarwali one of the dominant tigers at Pench commands one of the prime territories in the heart of the park. She is what we would call death in the shadows. An excellent ambush hunter, possibly one of the best.

But I am sure you are wondering, what makes this Queen a legend?

To survive in a fragile ecosystem despite the enormous pressures by humanity alone should make her and all tigers legendary, but the story doesn’t end here.

Collarwali holds 2 records, any guesses what they are?

Collarwali has successfully raised 26 cubs until 2018 and as recent as January, 2019 she was spotted with a litter of 4 new cubs which takes her tally to 30.

This is after she lost her first litter of three cubs due to her inexperience. Some life lessons to be learnt here for all of us.

An average tiger cub leaves mother care after about 2 years, but Collarwali’s cubs as observed left mother care at a year and six months. She would distance herself for days at end sometimes to in turn nudge them to develop their hunting instincts a valuable life skill for a tiger. Maybe she could write a book on parenting. 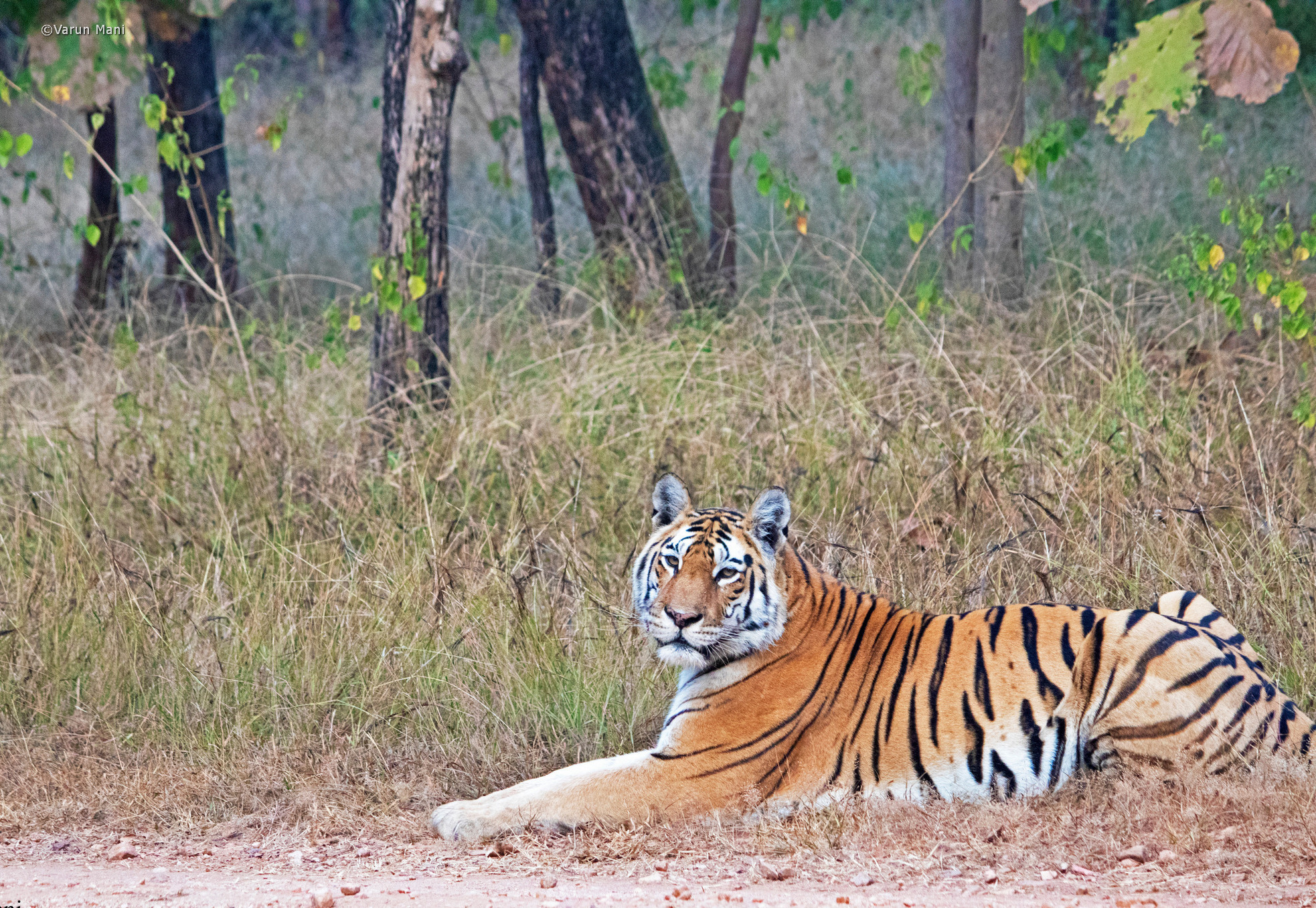 The Legendry Queen of Pench

And that’s not all, she has also had a litter of 5 cubs that she has successfully raised. That would entail hunting every other day to feed 5 growing tigers simultaneously.  Also protecting them from the various threats that exist amidst the jungle.

Currently, Collarwali walks the jungles of Pench Tiger Reserve raising her new litter contributing to the tiger population, a special shout out to the forest department for their passion and hard work to keep the jungles, home to the Queen of Pench and the other forest denizens safe. It is because of their constant efforts that enable these beautiful animals to be born and roam free in the jungles of Central India.

I recommend everyone to travel to Pench National Park and experience the splendor of the Jungle in “The Jungle Book” and with patience and some luck by your side, catch a glimpse of the legendary “Collarwali”.

1 Replies to "Queen of Pench the legendary Collarwali"